Maya Kodnani, once the woman RSS, the proof of the pudding.

“It wasn’t hard to see why. Kodnani’s star was on the rise after the riots. Mentored by none less than party patriarch LK Advani, she won the 2002 elections that followed the brutal riots by a thumping majority and by 2007 had been elevated to MoS for women and child development.”  –  How will Modi explain his minister’s role in the riots? Firstpost.com

In December 2002 Gujarat Chief Minister Narendra Modi gave Maya Kodnani ticket to contest State Assembly elections, even after serious AND true charges against her for 10 months since February. And He gave her the chance and the prize of a Gujarat Government Ministry yet again in 2007, that too ironically the “Women and Child Development” Minister!

After so much simple evidence before the Strong and Stable Gujarat Government chose to appoint her Women and Child Welfare Minister.

Are you kidding me?

Just because Kodnani was STILL winning by LARGE MARGINS! The usual banter goes with the countering of public anger at mis-governance through denials. Tell me if you haven’t had enough of those sorry-it-didn’t-happen (because it would shame our administration) defences from all concerned, liable authorities ever since independent India has been governed. It works to shrug off when your guilt is collective, dividing the shame, emboldening the lie. But if you forego those I’m sure you’re deathly bored… sorry, furious at the denial tantrums of the UPA government for last 10 years, which feels as if we’re so immature as a democracy that we had only the British Raj just before that to have had that misfortune.

Fans come out and profess Modi didn’t know! He wasn’t supposed to know all that, what goes on under him! It’s the job of the courts and the police not the Government!! Yeah Right, Kindly read on!

So why are you angry with UPA’s 10 year stable government? The same God forsaken logical reasons, they won’t act on the apparent wrongs in the regime! Deny Deny… Deny Deny Deny… (To rhyme with a pithy character from Inglourious Basterds)

“Kodnani’s name came up in witness testimony immediately after the massacre ended. The fact that she was eventually convicted 10 years later came as no surprise to anyone in Gujarat.

Even if the evidence required for the charge sheet was only gathered by 2009 thanks to the Supreme Court-monitored SIT,

THE FACTS about her involvement ought to have been known to Modi in December 2002, when he gave her a ticket to fight from the Naroda constituency, and in 2007, when he brought her into his cabinet. 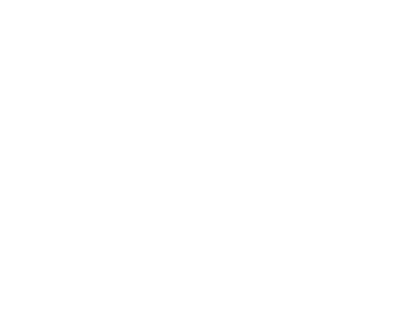 More on ‘Capacity’ of Control later.

Because HE’S BUSY, Modi gave an “explanation” in a (soft) ANI interview that he HAS NOT seen (even after a whole week?) Amit Shah’s Hate speech that got the latter BANNED by the EC, along with an EQUALLY guilty MAN on the OTHER SIDE of the fence, Azam Khan. Shah is the right hand man of Modi, their public identities are interlocked in so many ways for Mr. Modi to overlook such shame to be banned by EC to hold public meetings.

Modi is the undisputed Election Campaign Manager of the BJP, has personal stake (wannabe PM), and yet he gives away such an explanation to the nation? AMIT SHAH was his Home Minister in Gujarat before being ‘BANNED’ from there, and Modi DOESN’T THINK it necessary what his MAIN GUYS are doing or are accused of? That’s his LEADERSHIP?

AND THAT IS THE MOST BASIC QUESTION MR. NARENDRA MODI HAS SO CONSPICUOUSLY BEEN AVOIDING:

One of the things all Indians, including Modi voters, should be ashamed of is how we have allowed Modi to treat Rahul Sharma. This brave Indian Police Service, or IPS, officer tracked the movements of the Bharatiya Janata Party (BJP) and Vishwa Hindu Parishad (VHP) thugs who participated in the rioting. He did so by going to mobile phone operators and securing data from their signal towers to track cellphones. This is how we came to establish that Modi’s minister for women and child development, Maya Kodnani, was involved in the murder of 97 Gujaratis, among them 33 children and 32 women, in Naroda Patiya, Ahmedabad.

Sharma should have been decorated for his initiative, but instead he is persecuted. – Narendra Modi critics, expect no quarter and no mercy, livemint.com

The evidence and the reasons for Maya Kodnani’s conviction for 28 years in jail were so obvious and basic that the Gujarat Government’s ‘inability’/’incapacity’ to suspend her and allow the investigative proceedings to fruition. INSTEAD, IT TOOK SUPREME COURT Monitored SIT to facilitate further investigations THAT GOT HER to be punished, NOT GOVERNMENT whom you’d expect.

It’s not who you are underneath, it’s what you do that defines you. Batman Begins, 2005.

It is an axiom that will ring a bell for aficionados of Christopher Nolan’s Dark Knight trilogy.

It is also a maxim that effectively defines leadership. In politics, it is not just what you do but also what you do not or fail to do that you are defined by eventually.  – indianexpress on UPA’s Manmohan Singh. I’m sure you’ll like it  :-/

So you know what Governments, this or that, have on stake.
Unless we make them accountable to “We The People”,
we are at a loss. Sigh :-/

Investigation and Apparent Justice, another case:

Why the SIT is considered limited in its findings were the same obvious reasons listed elsewhere and similar to the 1984 Sikh Massacre during the MOST Strong and Stable Congress regime:

So cheer the Strong – Stable Leaderships that can do so much!