Skip to content
27th October, 2016, Navi Mumbai: Here is a real-life thriller. Justdial starts plundering the bank account of an HDFC Bank customer, while the bank acts like an helpless bystander. After the dust settles, the bank tells its customer to go to the police, while it does absolutely nothing to prevent Justdial from robbing other customers. In May 2016, Sanjeev Goel, managing partner of a coaching academy called Pure Energy Academy in Belapur, Navi Mumbai, signed a contract with Justdial for business promotion. June onwards, Justdial started sucking unlimited amounts of money from Pure Energy’s bank account by using a fraudulent Electronic Clearance Service (ECS) mandate. Although the bank managers now understand how the crime was perpetrated, they refuse to take steps to protect thousands of customers from Justdial and other fraudulent companies following the same modus operandi. HDFC Bank’s excuse is that National Payment Corporation of India (NPCI) – which handles ECS transactions — does not require them to do so. HDFC Bank is ignoring RBI’s guideline which explicitly requires them to confirm the ECS mandate with their customer first. 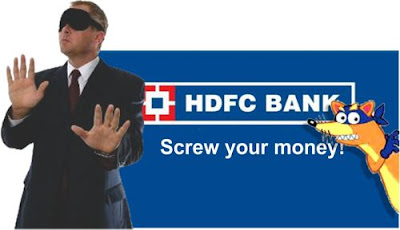 Pure Energy Academy’s contract with Justdial was for payment of Rs 1040/- per month, for a period of one year. See the terms of contract below. 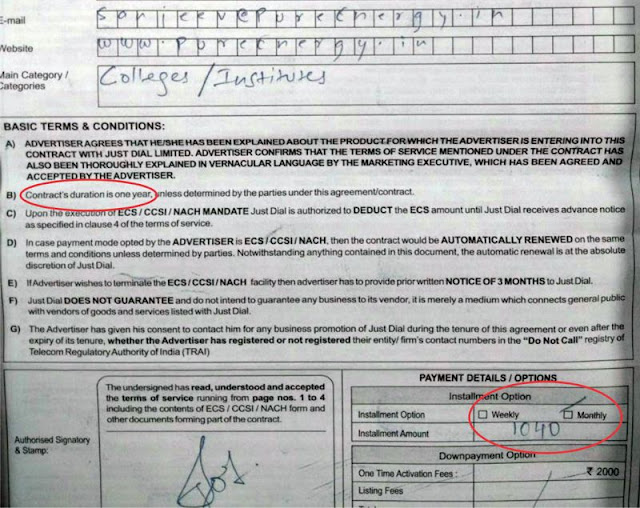 Two cheques were issued towards the first two monthly payments. However, Justdial activated the contract a day after depositing both the cheques on 3rd June. The delay of one month in depositing the first cheque appears to be because the signature, stamp and other details of the cheques contained were being used by Justdial’s backroom boys to creat a forged ECS/NACH mandate form enabling them to charge upto Rs 1040/- as many times in a month as they wished. With this phony mandate, Justdial could directly withdraw limitless money from Pure Energy’s bank account by presenting the ECS/NACH mandate for the next 14 years! Also, the ECS mandate was made out to be non-cancellable! See the forged ECS/NACH mandate below.

(Note: take a close look at this document; it is so obviously fishy! All the options are pre-tick-marked and cancelled in the printed form itself. They are not tickmarked or cancelled by hand, the form is printed that way! Even the supposed termination date of the contract – 31/03./2030 – is printed, and only the starting date is entered by hand. The frequency options i.e. Monthly, quarterly, half-yearly and yearly, are all pre-cancelled in the printed form, and “As and when presented” is pre-tickmarked. The debit type option of “Maximum amount” is also pre-selected in the printed stationery. Also notice that something has been pasted on top of the form, partly covering the words “Client” and “Reference” on the left-hand-side. Like a cheque, the ECS mandate is a negotiable instrument, so how can it have a pasted-on layer? Aren’t negotiable instruments rejected by banks if there is pasting, over-writing etc.? This ECS mandate defies commonsense!)

Using this dubious ECS mandate, Justdial started guzzling money from Pure Energy Academy’s bank account. Justdial encashed both the cheques on 3rd June, and debited Rs 1040/- on 30th June by ECS – three debits in the first month of the contract. Despite Sanjeev telling them to terminate the contract, Justdial debited Rs 1040/- in July, August and September, plus Rs 110/- twice in September. Within four months, Justdial took payment for more than six months. 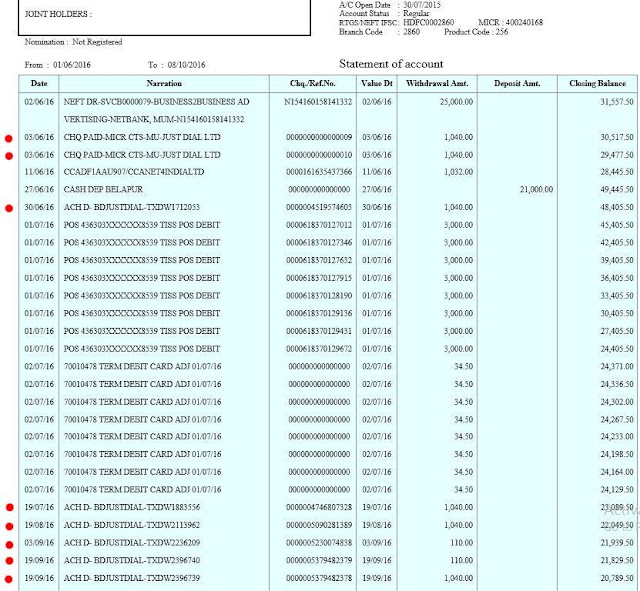 Pure Energy Academy’s stop-payment instructions over net-banking and email, starting 31st August, were ignored, sidestepped and buck-passed by HDFC Bank. The bank stopped the ECS mandate only on 10th October. The bank’s actions of commission and omission need a closer scrutiny. 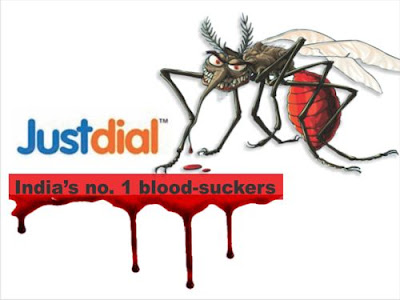 2) HDFC Bank did not send him SMS alerts when money was debited by Justdial. So Sanjeev did not notice this unusual activity until 31st August, 2016, when he got his accounts statement. Then he raised an alarm, wirinting to both Justdial and HDFC Bank executives. Both responded with delaying tactics, vagueness and buck-passing.

3) HDFC Bank managers are inadequately trained, ill-informed and non-committal. The bank managers clearly did not know where the original instrument i.e. ECS/NACH mandate, was to be found. The Belapur Banch Manager and others kept giving false promises, saying that they had initiated the process of getting the original ECS mandate, and it would land on their table within a few days. They contradicted themselves and each other repeatedly in this and other ways. Finally, on 15th October, they washed their hands off the whole problem, arguing that since NPCI had the original copy of the mandate, they were not authorized to access it. What the HDFC Bank managers advised Sanjeev was, “Let the police register an FIR against Justdial, then they will requisition the original copy of the ECS mandate from NPCI and scrutinize it as part of their investigations. We are no longer involved in your problem.” However, they said this orally and refused to put it down in writing.

HDFC Bank refuses to compensate Pure Energy Academy by reversing the debits. After belatedly examining the copy of the ECS mandate on 3rd October, it became clear to the branch manager and others that this was a case of fraud and forgery, but they refused to take any action. Their final stand is that Sanjeev must file a police complaint. If and only if the police register an FIR against Justdial, HDFC Bank will consider reversing the debits. This also is only a feeble oral statement, and the bank’s managers are unwilling to even talk about it with any certainty.

But what if the police does not register FIR? Suppose the police takes the stand that this is a banking issue, and therefore, they have no understanding of it, and therefore, Sanjeev should complain to appropriate authorities in the banking domain? Then Sanjeev will effectively be left with no remedies, and Justdial will get away scotfree! For HDFC Bank, however, it will just be business-as-usual.

Note: Other equally serious issues have come to light. A whole lot of arbitrary and questionable debits are being made by this bank, without the customers’ permission. We will focus on those issues in our next article.
POSTED IN PUBLIC INTEREST BY
Sulaiman Bhimani
+91 9323642081
sulaimanbhimani11@gmail.com
(Visited 864 times, 1 visits today)

4 thoughts on “Is HDFC Bank letting Justdial steal your money?”