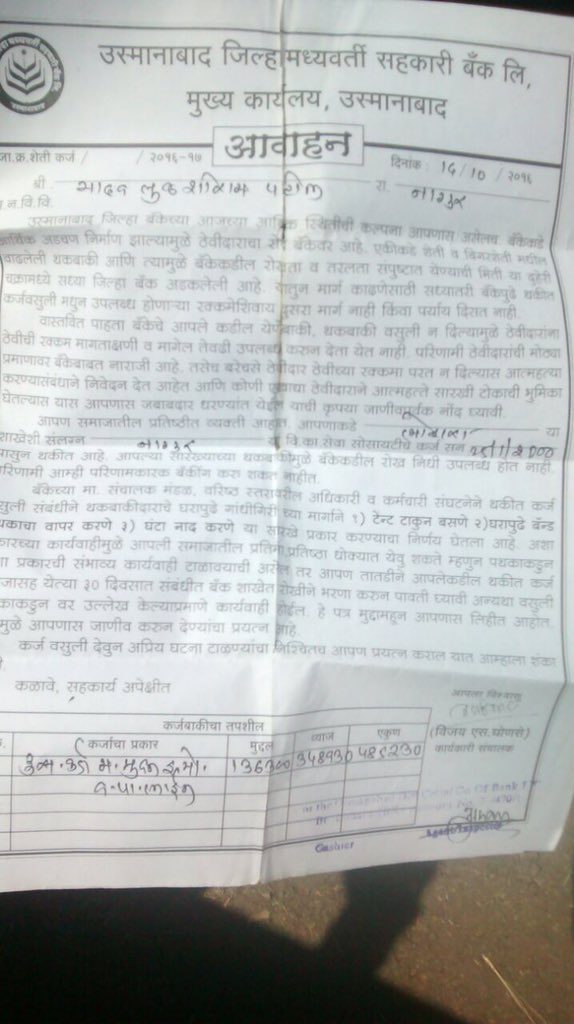 3 thoughts on “Extortion of inflated loans from farmers during #demonetisation”