A defamation case against a flat-seeker?

A flat seeker, who booked a flat in a housing complex Ekta Parksville in Virar West, is allegedly running from pillar to the post to get possession of the flat and states that the developers have filed a defamation suit against him.

According to the Vineet Malik, a resident of Gurgaon, Haryana, he had booked a flat at the construction Ekta Parksville in November, 2011 with an initial payment. Subsequently he says, he paid over Rs 27 lakh in installments covering cost of the flat, stamp duty, registration charges etc. According to Malik, he was given verbal assurance that the possession would be given in 2014. But when he got neither possession nor any assurance from the company, till late 2016, he began approaching concerned authorities. Malik says he is yet to get possession of the flat till date. Although the promoters should have specified the date by which the possession would be given in the agreement, as per the Maharashtra Ownership of Flat Act (MOFA) 1963, according to Malik, no date was mentioned.

In October 2016, Malik submitted a complaint to the Additional Director General of Police (ADGP) Dr Pradnya Sarawade, narrating his ordeal. He also filed a query under the RTI with the DG, Police. In response to the query, the Special IG Prabhat Kumar, on 3 November 2016, asked the Mumbai Police Commissioner to investigate the matter and file a report. Subsequently the Kherwadi police were asked to look into the matter, since the developer’s office is located at Bandra East. In turn Kherwadi police discussed the matter with Malik, giving him a promise to look into the matter. But according to Malik, the matter remained where it was.

When contacted API Raghvendra Kshirsagar of Kherwadi police station told Afternoon D&C that “apparently the case attracts MOFA because the flat seeker was not given possession of the flat in time. But since the housing complex is located at Virar, the case should be registered in Virar. As such we will consult our higher ups before transferring the case to Virar police station.He also mentioned that according to his knowledge the promoters are moving the court, in the matter.

When approached for their side of the matter, the company representative, in a telephonic conversation admitted that there had been delay in completing the project although some buyers have been given possession of the flat. However subsequently a PR consultant of the company, via e mail stated that the developer has filed a Special Civil Suit No.36 of 2017 against Malik since he himself had terminated the agreement related to the flat on 7 November, 2016 and he was offered a full refund of the money paid by him on 3 December, 2016. In light of this, he has allegedly has no right, title or interest in respect of the flat.

However in reply Malik maintained that he has not received notice of any such civil proceedings and the suit cannot be admitted by the Court unless he is given an opportunity to file a written response.

MOFA
The Maharashtra Ownership Flat Act-1963 has been superseded by the new Real Estate (Regulation & Development Act) 2016 (RERA), but MOFA is still in force in Maharashtra. In june 2016, the special inspector general of police Prabhat Kumar instructed police commissioners in the state to register complaints against errant builders who cheat flat buyers and violate building norms.

The circular said that complaints should be lodged against builders who fail to hand over possession on time to buyers and also the developers who deliver apartments without procuring the mandatory building occupation certificate. It also mentioned builders who build beyond the sanctioned plans or those who build illegally. The circular also sought action against developers who accept 20% of the flat price but do not register the agreement or those who fail to form a housing society within the stipulated four month, after handing over flats to buyers. 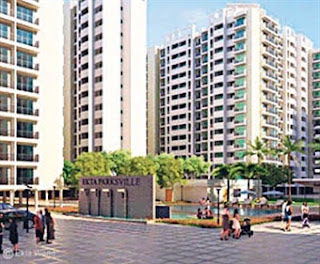