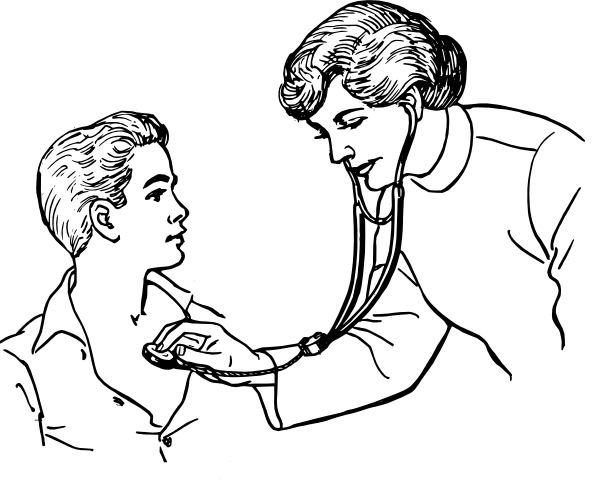 Healthcare in India itself is a scam. If you leave out the surgeries and big stuff, the more routine issues, diagnosis of something new coming up, tests, etc involve patients shuffling from one “specialist” to another, meeting each for a couple of times, where usually the first visit is exhorbitant, because it opens a “case” – which can often be no more than an empty file with the patients name on it. Doctors earn commissions referring patients to each other and labs.

For example, a child with a global developmental delay will be visiting pediatrician, child specialist (what’s the difference?), pediatric neurologist, developmental pediatrician, pediatric physiotherapist, occupational therapist and speech therapist at least. That is an astounding 3,500 to 4,000 in first visit fees for simply landing up for the appointment. Subsequent visits are not exactly cheap either. Physiotherapy is a daily thing at a hundred to two hundred PER DAY. Then, tests like MRI, karyotyping, metabolic testing – 10k if you’re lucky. Government hospitals simply don’t offer all this fancy stuff, even though about one in twenty kids (likely more) end up being evaluated for development at some stage or the other.

To date, if you want to do an MRI, which is a fairly common test, in a place like Mumbai, you don’t have a government option for the suburbs. The private ones charge you about 5k – 8k with contrast – an example. How do you expect a common man to be able to afford that?

I forget the name of the hospital right now, but its in town, which got donated an MRI machine, which it leased out to private operators for a certain number of tests for its referrals to be done cheaply for an hour or two a day, while the private operator mints money on the rest.

Many such stories. Vaccinations are increasing in number, have dubious safety and are rarely presented as an option. The doctor simply pencils in your appointment – even for the non-essential ones.

There are thousands of stories. Health insurance and pregnancy related health services are other massive parking lots for corruption and substandard service.

We now have specialists for everything. So, the perfectly natural process that has led to the population you see on this planet is no longer enough.

You have fertility specialists, gynaecologists, ultrasound techs, midwives and so on on a very basic pregnancy. Once your kid is born, he is automatically attached to the pediatrician (who gives the maternity home a commission for it). Before you realize that yet another doctor has entered your life, you are making an important appointment for the health of your baby, so of course, if you miss it, you are a lousy parent (and we know how hormonal new parents are about such thoughts). At some point, it becomes a choice between sanity and the doctor.

At the child hospital near our house, there is a psysiotherapy department where kids come everyday to get physiotherapy. One of the children there has  a father who is a rickshaw driver, and I have often hired his rickshaw home. He says that his daughter has motor development issues. She has been going there for five years and is now able to crawl. He was in tears as he described that he felt certain the treatment was not helping her at all and that she would have learned to use her body somewhat in five years anyway and its not fair to call it proof of progress. But, he was a father and the doctors had him well and truly scared of stopping treatment.

I can relate. I have a son with a developmental delay as well. He is not sick and extremely well-adjusted, cheerful, but he is not up to the mark on motor development. I noticed there was something wrong before the doctors, and got dismissed when I pointed it out. Then I got scolded by the same doctor for neglecting him (she didn’t even remember herself saying that it was normal when I brought up concerns). Frustrated, I learned the Feldenkrais method on my own in order to help him. He had six months of physiotherapy and is not able to do a single thing they tried to “train” him toward, while he has learned to do several unrelated things we worked on at home. Yet, when I questioned the lack of results, I was told bluntly that they always get results and they called a happy baby trying out new things as “results”. He still can’t sit, crawl or walk.

It is routine for doctors to dismiss concerns around the safety of vaccinations. I can understand that the doctors feel medically certain of their safety even if we don’t. But how funny is it that they don’t even record such incidents? This is like claiming that there is no crime in a place where police refuse to file FIRs. Absence of data is only missing data. Proof of a

The bottom line is once you need their services, you never reach a place where you don’t.

While I applaud the initiative the government is finally taking these days, we have an unbelievably long way to go before we can claim functional healthcare as an achievement.

Note: This is an initial post. There will be more detailed and specific posts to follow, so stay tuned.