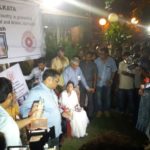 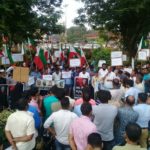 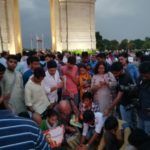 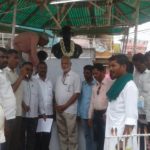 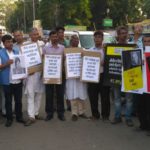 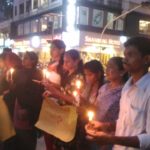 Dozens of organizations, political parties and citizen groups have condemned the killing

Journalists protest at the Press Club, New Delhi. One person holds up a sign that says “Ideas are bulletproof”. Many such protests have happened nationwide.

The Democratic Youth Federation of India, who have already been protesting 4 years of lack of justice for the murder of Narendra Dabholkar took to the streets in several locations in Mumbai and Maharashtra as a whole.

Ravish Kumar spoke powerfully about the role of supporters of the government in justifying the murder of Gauri Lankesh and vile tweets by those followed by the Prime Minister.

Where to from here?

This is a question that must remain in our minds. Can we afford to protest a few days and be complacent? Is this not what murderers count on?


Can we afford this?