In September 2020, Prime Minister Narendra Modi claimed that the opposition favored middlemen and hence opposed the farm laws that would benefit the farmers. This claim, as with anything Modi says has been accepted as gospel by his supporters, who in spite of all evidence to the contrary continue to claim that the farmers protests are politically motivated and it is middlemen protesting laws beneficial to farmers because the laws remove middlemen.

The political fact of India is that the opposition stands decimated. There is no political opposition to the BJP. Some parties are attempting comebacks, but the main resistance faced by the BJP in recent years is by the people of India. Opposition parties express support, but are not capable of raising such large numbers that are triggered by immediate targets of government policies. Just like the protests against the CAA reached gigantic numbers because effectively a fifth of the population of the country felt threatened by them, farmers are a large part of the population of rural India. The opposition to the BJP exists, but it is not in the form of political parties. It is of BJP’s own creation from the people its policies harm.

The protesters against NRC-CAA had large numbers of Muslims who felt threatened by the discrimination. The farmer protests have large numbers of Sikhs and Hindus who own more farming land. If, as Modi says, the political parties opposing BJP are engineering these protests, with these kinds of numbers willing to take committed and sustained action for as long as it takes, perhaps Modi should resign, becaue the political parties have literally demonstrated that the can bring lakhs to the streets nationwide against him for as long as it takes. He basically is saying that has lost the confidence of people who now back his political opponents.

This may well prove to be true in the next election, but for now, the evidence is that political parties are gaining support of protesters by endorsing their protests, as opposed to having enough influence to cause people to protest or to continue protest. The protesters are very clear that their issues are with the farm laws and there are no political leaders of any party in sight with any kind of authority or influence on them.

Is it true that the farmers protest in India are middlemen and not farmers? 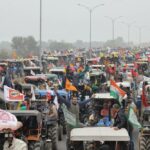 This is not true. Interview after interview by the media of protesters shows that the protesters are indeed largely farmers. In recent days, labourers and other independent citizen activists have shown up in smaller numbers in support, but there is no evidence to show that the protests are largely by middlemen. This is also logically evident by the sheer number of tractors. Tractors are owned by farmers. Middlemen tend to use trucks. For middlemen to organize a protest involving thousands of tractors would involve buying or renting them in large numbers. There is no evidence that this has happened either.

Do the new farm laws in India harm middlemen? 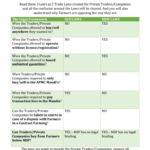 Yes. The farm laws may harm middlemen to some extent. However, middlemen having the skills to trade in produce would equally easily find work with companies seeking to buy from farmers. The professional expertise remains the same and sales happening outside APMCs would only mean that they may have to adapt a bit. The government and its supporters would like to believe that trading happening outside APMCs would mean that middlemen would be out of work and company executives would be handling purchases and transport of farm produce. Think about it a minute. They don’t have the skills or experience – the companies would hire someone to procure and transport farm produce. Current middlemen would be the most relevant skillset. Only they would be procuring outside APMCs.

The correct way to understand these farm laws is as trade laws.

Do the farm laws harm farmers?

Yes. Farming is a high risk profession worldwide. Government handling of procurements provides some protection from the risks. Elected representatives have a duty to citizens and farmers that private companies don’t. A private company cannot be expected to compensate for losses or take measures to relieve economic distress resulting in farmer suicides. Farmers making contracts with corporations would be at a disadvantage for several reasons.

1. Big companies have legal departments. Lawyers employed by the company would be paid to ensure that contracts benefit them. Farmers would be vulnerable to exploitative conditions and fine print that they would not be able to adequately assess or afford to pay a lawyer to do it.

2. MSP is not just a demand by farmers, it is a necessity for their survival. The government is now making reassuring noises on that front, but it has not made any legally binding commitments. The government has a poor track record on honesty and the persecution of protesters and those reporting on the protests does not indicate any sense of fair dealings on the part of the government. A simple question asked by the farmer – if they want to discuss and agree to our demands, why are they arresting people? They can simply announce that they concede to the demands.

3. The laws limit legal recourse over contracts to SDMs. This has haunting echoes of the Aadhaar Act, where the government by design prevented those harmed due to Aadhaar from being able to file cases in courts and only the UIDAI had the power to do so. Justice is the right of every citizen in the country. Any law that excludes redressal in courts amounts to farmers signing away their right to justice! Besides, the SDMs are not empowered to impose big fines beyond Rs.10,000. Big companies can afford this easily, but the damages done to farmers in such contracts may well exceed it.

4. Once the APMCs are disempowered, farmers will be at the mercy of corporations that are not accountable to them in any manner, unlike government controlled APMCs where farmers can hold elected representatives to account. In effect, redressal for severe grievances, which currently involves meeting authorities or even protests will be turned into an exercise of herding cats with different farmers having contracts with different organizations with none accountable or answerable to them. At best farmers could dispute existing contracts or either party could refuse to enter new contracts, but there would be no way to address problems faced by farmers as a fact of farming.

5. Food is a national necessity. The government is the real middleman between the farmers and the citizens. When the government shrugs off this responsibility, it will also have implications for the PDS, food prices and more. Private corporations are not responsible for starving masses either.

This is pure fiction. Companies are not charitable organizations. Any assistance with inputs provided to farmers would be repaid in produce. Any assistance provided in kind would reflect in a lower monetary compensation. The nature of business is to be cost effective on purchases and maximize sales. If APMCs had lower rates than companies were buying at, the companies would procure from APMCs instead of farmers.

Unlike companies, the government is not looking to make a profit from agriculture and has budgets for agricultural subsidies. This is because the government has a larger responsibility toward the country being fed and at affordable prices. Companies have no such things, they cannot provide subsidies or commit to paying more than they can get away with. They cannot be forced to purchase more than they choose to for their business – which would leave farmers suffering from unsaleable surplus when harvests are good! Or, companies would buy at lower prices and hoard, which would again leave farmers bearing losses.

The basic fact is that private companies have an obligation toward profit and not farmer well being. They have the financial means to ensure contracts protect their interests and pay the least they can get away with to the farmer. No matter the rosy picture painted by the Prime Minister and his supporters, businesses are not run to serve suppliers.