Psychological warfare (PSYWAR), or the basic aspects of modern psychological operations (PsyOps), have been known by many other names or terms, including MISO, Psy Ops, political warfare, “Hearts and Minds”, and propaganda.[1] The term is used “to denote any action which is practiced mainly by psychological methods with the aim of evoking a planned psychological reaction in other people”. Psychological operations, are operations to convey selected information and indicators to audiences to influence their emotions, motives, and objective reasoning, and ultimately the behavior of governments, organizations, groups, and individuals. 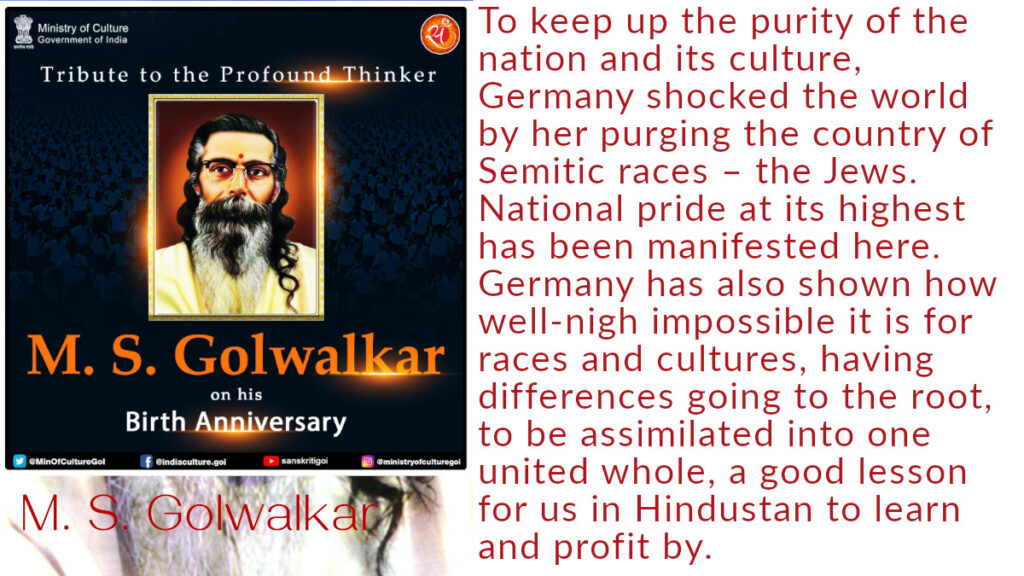 As India regresses on democratic markers, previously disavowed Hindutva leaders are finding new legitimacy. M. S. Golwalkar, the second Sarsanghchalak of the Rashtriya Swayamsevak Sangh (RSS) is one such person. …