A eunuch friend was followed by three thugs making lewd suggestions and stalking. With relief, she spotted a lady cop further down the road and hurried to her for help only to be dismissed with “tum dhanda karte hai is liye woh tumhare peeche aate hai” [they follow you because you are a prostitute].

I was furious, because even if she was a prostitute (which she wasn’t), she shouldn’t be sexually harassed or attacked. To me it was absolutely chilling that a WOMAN+Police Officer knowing that the men were likely looking for an opportunity to molest or rape her didn’t care at all. Instead she insulted her for asking for help by blaming her for her attackers intentions.

A policeman is our interface with the country’s law. That interface breaking down means people getting orphaned from the constitution, laws and rights.

This is a double problem, because it is difficult for victims of crimes to find justice and people also become victims of the police. Not to mention other problems like inefficiency, where police are simply not able to do what they are supposed to – even if they want.

In many ways, police are as orphaned by the state as we are. We are three years past the Mumbai Terror Attacks, and the police response is still dismal. Actually, you’d be lucky to get through to them first.

The fallout from this is massive. Difficulty getting cops to respond to a crisis. Difficulty getting cops to register cases they don’t see as important. Cops break the country’s laws in refusing justice at discretion. Difficulty getting any case registered against anyone affiliated with the ruling party. Human rights abuse and crimes by police. Bribe taking and giving. Anger and bloodshed over festering problems. Lack of trust in the rule of law. Lack of trust in government. Blot on the country’s human rights record. Weakening of democracy itself as citizens are selectively silenced or denied justice.

On the other hand, the police are orphaned themselves. They are overburdened, understaffed, underpaid, under equipped, under trained, unpopular. In other words, they are exhausted. Perpetually. They don’t want more cases coming in, and they work to prevent them from being reported, rather than committed – that takes least energy. They “compensate” themselves with bribes. They feel the power in channeling the country’s power at their own discretion. They are rarely appreciated, and often the criminals they arrest get released by some “pressure”. They are blamed for not responding well to things they have no clue how to respond to.

This 26th was the third anniversary of the death of Tukaram Omble who was key in capturing the only terrorist captured alive – Kasab. Omble was part of an ill-equipped team faced with stopping terrorists who had automatic rifles. The cops didn’t have a chance if the terrorists started spraying them with bullets. Omble shot one terrorist and tackled the other holding on to his gun and preventing him from using it so that the other policemen could capture him. In the process, Kasab let off bullets into Omble and he died. Armed with ancient rifles, and lacking bulletproof vests, a bunch of determined cops pulled this off. The same police force that took 45 minutes after the first alert to arrive at a location that was a five minute stroll from their headquarters.

What is basically missing here is the police being plugged into the country’s vision. They are abandoned, neglected and left to their own devices. They need to be integrated into the whole tightly.

The main steps for this will be: 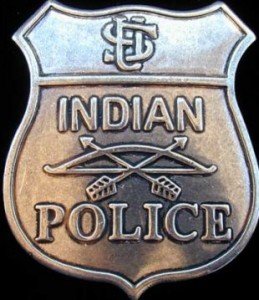 So who will bell this cat? The government – it MUST. Or it must step aside to make way for another that will. But most importantly, if the government doesn’t, then because we are a democracy, it is our job to see it happen. Our job to do whatever it takes to remember and keep the pressure on and keep asking difficult questions till resolution. It shouldn’t be thus, but then our country is in such a phase. So we must.

The next few years are going to be important years of reinventing ourselves as a country. If we are able to bring our cops in on the story, their transformation will contribute to our transformation as a whole. If we ignore it, it will fail us when we need it most and delay or reverse much needed changes in the country.

It is important to not outrage for a day and forget, but to choose carefully the outrages you want to highlight and then follow them on to the end. Let no important news from the country be yesterday’s news till resolved.

6 thoughts on “Orphans of the state”