In a continuing saga of fake educational qualifications, Gopinath Munde of BJP has stated in his signed affidavit for the Lok Sabha Elections 2014 that he has graduated B.J.L., from New Law College, Pune, 1976. 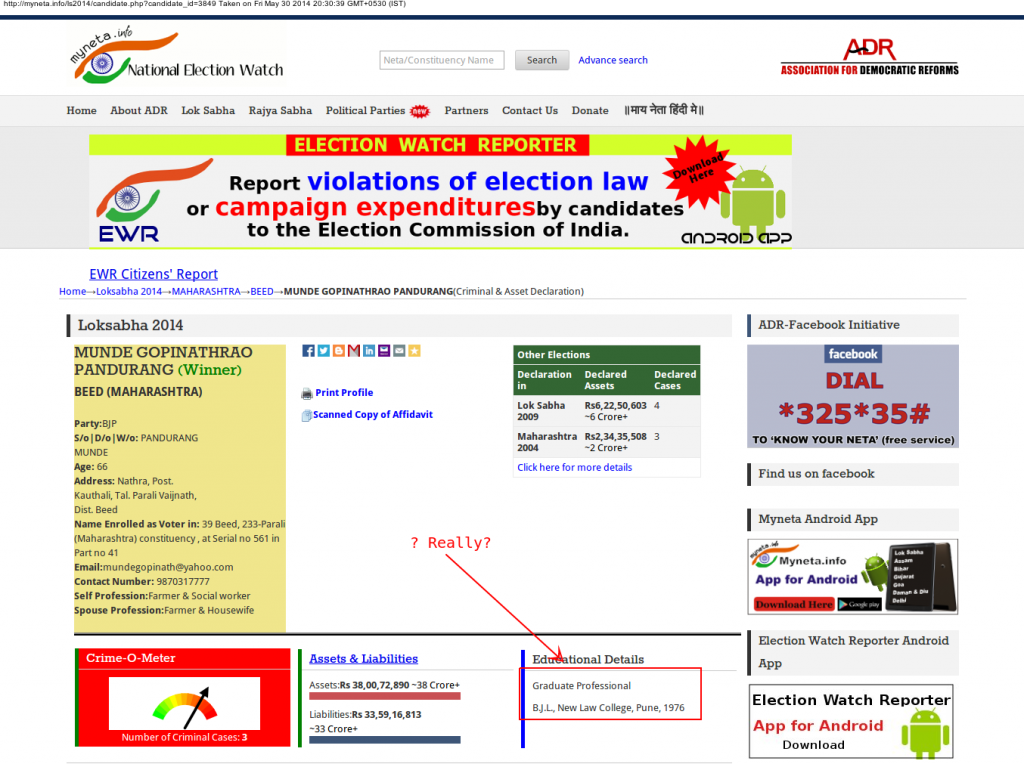 Now here is the catch  New Law College, Pune was established in 1978. Two years AFTER he graduated from it. 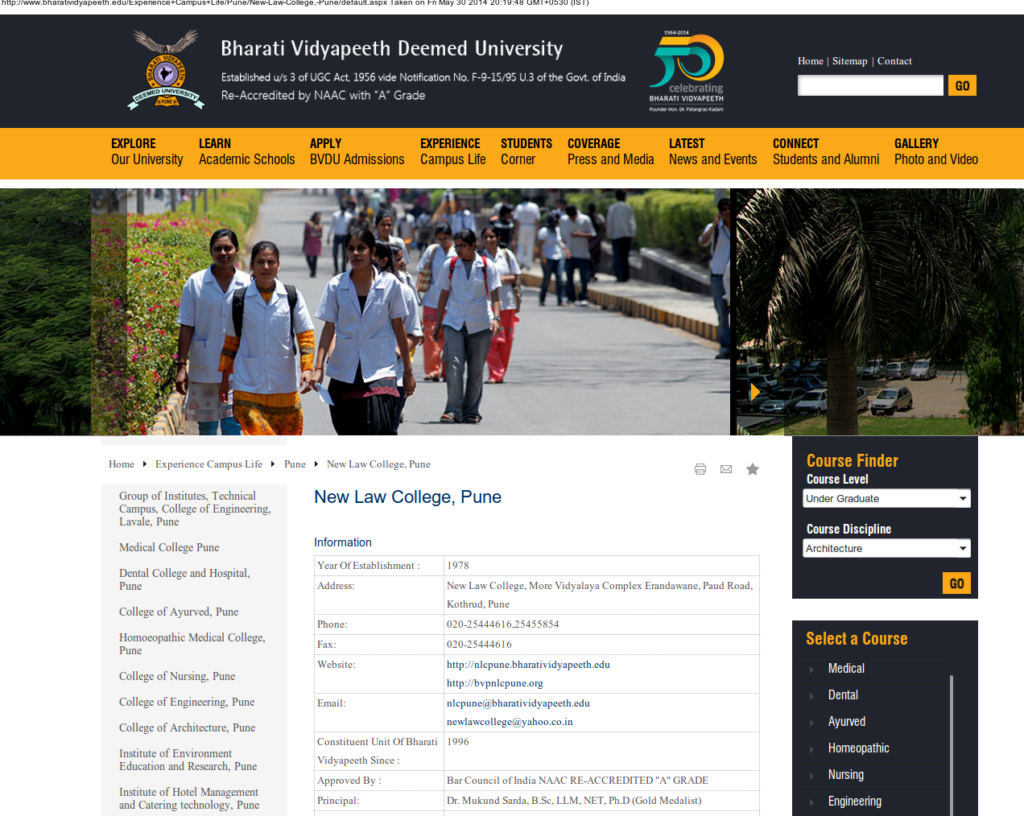 Update: Gopinath Munde’s website mentions him joining ILS college in 1971 on the page about his initiation to politics, though there is no mention of graduation or which college he graduated from. His 5-page “about” section makes no mention of any graduation for himself, though his wife, Pradnya is stated to be a “graduate and perfect housewife”…. all of which leads one to wonder whether politicians are honest in any place at all when speaking of their realities.

Will the real educational qualifications of Gopinath Munde stand up?

6 thoughts on “Interesting update: Gopinath Munde graduates in 1976 from college established in 1978”