Since I track news on water, it wasn’t too difficult to see when the sudden epidemic of news about these miraculous solar powered water ATMs hit. Last couple of days. The news before that is last year, then the year before last, and so on, right back up to the year 2008 – when Piramal started selling water (very cheap) to communities without access to clean, drinking water. Very philanthropic, one would imagine, except the miracle technology being described in the articles wasn’t being described at all. So what was being reported? Here are some examples:

With minor variations, the story is the same. A miracle fix for our country’s water woes. Affordable drinking water. And so on. Sarvajal currently not making a profit is seen as a halo, but creating a market out of a fundamental need is hardly a loss making proposition, so I’ll save my tears of concern here.

Most of the articles are very upfront that this is not an NGO, but a for profit company Sarvajal backed by Piramal Enterprises. The era of purchasing drinking water and praising the lord that it is cheap, is here. Except, none of the articles have noticed it in the flood of clear, drinking water. Paid for by an ATM card, of course.

Considering that there is an abundance of people who think lie a certain ex-CEO of Nestle and see water as a commodity that must be paid for, rather than a basic human right, I’m not going to get into that ugly debate here. I’m going to raise several other questions about this miracle. 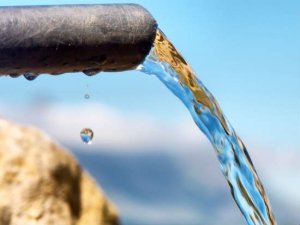 Finally, I think it is not about the cost of the water, but the responsibility of the water. Citizenship of the country cannot be divorced from the right to life essential resources in it. It is not a question of who provides the cheaper water, but a question of the responsibility for providing clean water being transferred to individuals without access to water bodies, so that they end up becoming purchasers of a fundamental need. It is a different matter if the Reverse Osmosis unit were owned by a village to provide water for people in it and the resulting degradation of the water table were accepted by the residents of the area jointly.

This is also a convenient excuse for the government to abdicate its responsibility to ensure sustainable water distribution across the country and hand over more and more of this precious resources into the control of corporations. The low price is the lure, but the destination is still the abdication of your 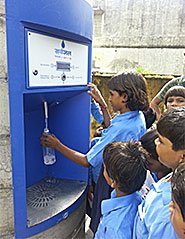 Also, it is not true that extracting ground water is the best choice for drinking water. Rainwater harvesting is a far superior method of collecting and storing drinking water that needs no processing to be drinkable. Rainwater harvesting is also an urgent need in a country that is expected to be mostly water scarce in another couple of decades. Depleting ground water is a dangerous way of getting water, as depleted tables will mean the need to sink borewells deeper and deeper. Ground water is also not infinite, and reckless extraction will result in wells running dry.

To base a method of substituting a government responsibility with a product that is created through a shared resource and that damages the shared resource in the long run cannot really be seen as a long term solution. Yet, more and more areas are buying bottled water for drinking. Sarvajal is planning an expansion, as are other “brands” of water, but there is little news on rainwater harvesting, sustainability, pollution control or equitable distribution of water that puts life over industry.

Faced with droughts every year, we continue with our reckless worship of development that boils down to  commodification of public resources in an extremely short sighted manner. The government simply does not care to monitor hens that lay golden eggs – be it taxes, or providing the people an alternative to revolting against their theft of natural resources.